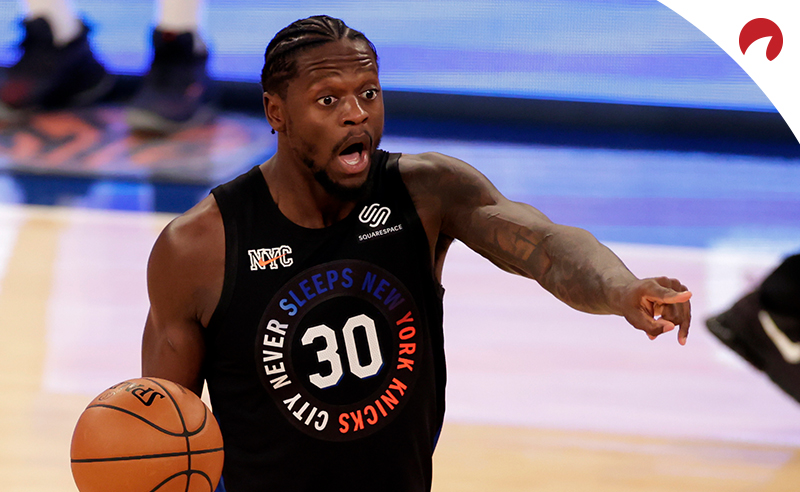 One of the best feelings in the world when betting on NBA basketball games is using your research to identify a key mismatch in backing a plus-money underdog to win the game. For the 2020-21 NBA season, that feeling has been a common occurrence because backing underdogs has been profitable for NBA bettors.

As always at Odds Shark, we’ve identified the key trend to help bettors approach this unconventional NBA season and that’s to take a hard look at backing underdogs. If you had backed every underdog against the spread so far this season (246 games), you would’ve hit 54.1 percent of your bets.

We will be updating this report with new data weekly all the way through to the final buzzer of the NBA championship so be sure to check back frequently.

Joe Osborne is also keeping track of all the NBA first-half and first-quarter betting results from this season and you can find those updated records in his betting report.

All profits listed based on $100 per bet.

Overall, underdogs are hitting at 54.1 percent but that is a sharp decline from January 11 when dogs were hitting at 60.3 percent. Home dogs are now hemorrhaging profits and sit at -$263.64 overall through 100 games.

While there are a lot of factors that could dictate these game outcomes, the biggest variable that sportsbooks have struggled to adapt to is the lack of home-court advantage.

Road teams have been doing the heavy lifting for this trend to start the year by hitting at 56.3 percent through 146 games. If you had bet $100 against the spread for every road team this season, you’d be up to $1,063.64 in profit.

OK, now this is where it gets fun because any bettor who is backing an underdog ATS this season might as well just sprinkle on the moneyline too because underdogs are crushing it. Forget about the overall winning percentage (39.4 percent), as all of these teams are listed at plus money, and just look at the profit. That means in 246 games, if you had just blindly bet $100 on each underdog as an experiment, you would’ve made a profit of $3,456.19. Just incredible.

Much like the ATS records, it all comes down to the road dogs. The lack of crowd noise and the frequent two-game slates against an opponent are putting oddsmakers in a bind when trying to set these betting lines and they’re paying the price. Road underdogs are hitting at 39.7 percent with profits of $2,055.71 for $100 bettors.

Right out of the gate, the two teams that immediately stand out are the Chicago Bulls and Detroit Pistons, two teams nowhere close to winning a championship but crushing bookies when tabbed as underdogs. The Bulls lead the NBA in this scenario with a spectacular 11-5 ATS record when tabbed as an underdog.

The Pistons, meanwhile, are the basement-dwellers of the NBA at 4-13 SU but are coming through for ATS bettors at 9-5-1. Had you backed the Pistons each time in this spot, you’d be up to $318.18 in profit.

We also finally got to see the Los Angeles Lakers as an ATS underdog this season and they went on to crush Milwaukee on the Bucks’ home floor. Milwaukee remains the only NBA team to not be given the underdog label this season.

Welcome back, New York Knicks! The longtime dumpster fire of a basketball team has been turning heads this season and has opened bettors’ eyes to a tough defensive team that plays hard under head coach Tom Thibodeau. We’ll see if it lasts but so far, they’ve been the biggest surprise as an underdog by winning eight of those 16 games outright for $1,425 in profit for $100 bettors.

Not too far behind are the improved Charlotte Hornets, as the buzzzzzz for LaMelo Ball and Gordon Hayward has pushed this team to 7-10 SU overall and 5-6 SU as an underdog. Oddsmakers will need to start puttin’ some respeck on the Knicks and Hornets soon but for now, get on them while you can when they are listed as underdogs.