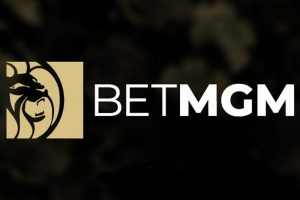 The new online casino will deliver a wide range of legal online casino games for Michigan’s residents. Some of them include best-in-class online blackjack and roulette games to a host of slots. BetMGM Casino will provide players with various digital games, such as video poker, as well as other casino and slot games.

The app users will also have the chance to participate in slot tournaments, progressive jackpots that are exclusive only for Michigan users and a lot more.

BetMGM CEO Adam Greenblatt said: “Reaction to the opening of MGM Grand Detroit’s BetMGM Sportsbook and Lounge has been incredible. We’re thrilled to complement our retail offering with the launch of the BetMGM mobile app in Michigan,”

He added: “Michigan sports fans can access our interactive sports betting platform and exclusive line of casino games directly from their phone. The Wolverine State now has new ways to engage with the teams they love, while earning rewards from their gameplay.”

David Tsai, President of the Midwest Group, MGM Resorts expressed his excitement for having to opportunity to offer the Michigan users a new and innovative way to engage with MGM brands. He added: “This is yet another example of our continued commitment and investment in Detroit and Michigan and we are proud to be part of this historic launch.”

All the new BetMGM’s Michigan Casino product will be available on mobile phones, on both iOS and Android devices but also via desktop on stationary pc’s and laptop devices.

Another upside to using the new online casino is that players will also take advantage of MGM Resorts’ M life Rewards program. It allows Michigan customers to redeem their gameplay at MGM Resorts famous properties all over the globe, such as MGM Grand Detroit, Bellagio, ARIA and MGM Grand in Las Vegas, Borgata in New Jersey and MGM National Harbor in Maryland.

As said earlier, the online gaming and sports betting in Michigan went live on January 22. A few days before that, the full list of casinos/providers to launch online sports betting were announced by the Michigan Gaming Control Board.

According to the list BetMGM is accompanied by many other well-known platforms, including DraftKings, William Hill, Barstool Sportsbook, TwinSpires, Golden Nugget Online Gaming, Rust Street, FanDuel, PointsBet and Wynn.