The long-anticipated grudge match between Daniel Negreanu, one of the most prominent figures in the poker world, and Doug Polk, at one point the best heads-up player around, kicked off in early November of 2020.

Negreanu accepted Polk’s challenge to play at least 12,500 hands of $200/$400 HU Texas Hold’em, with the provision that the losing player has an option to extend the match for another 12,500 hands.

After several months of battling it out on the virtual felt of WSOP.com, the Negreanu-Polk match is entering the final stretch.

Daniel is not ready to throw in the towel just yet, though. On the contrary, Kid Poker is determined to do everything in his power to try and win the match or close the gap as much as possible.

Coming Back at the Last Moment

It was just a few days ago that Polk managed to turn the profit of $1,000,000 for the first time in the match. After that long and grueling session, it looked like Daniel was done. It was a big deficit, and even Negreanu admitted that it would be hard to come back from that.

But he wasn’t giving up just yet.

On Friday, January 23, the two met up for another scheduled session, and the writing was on the wall. Everyone knew that this could easily be the most significant session of the entire match. If Polk were to extend his lead by another couple of hundred thousand, it would be all over.

However, the opposite happened. Negreanu threw caution to the wind, decided to deviate from the GTO strategy he’s been trying to learn and incorporate from the get-go, and went for it.

The result? He ended up winning $390,000, which was the biggest swing since the start of the grudge match. It wasn’t the full comeback just yet, but it at least left some hope going into the final few thousand hands.

Is Polk Ready to Lock Up the Win?

The last night’s session (Monday, January 25) was quite an interesting one. For the first time in the match, Polk started to limp some of his hands on the button instead of folding or raising.

The commentators and fans watching the action were equally confused. What was this novelty all about?

Negreanu was equally as confused. He decided to end the session as soon as the two-hour mark was up (the minim they agreed to play for every time) and look into this new strategy.

When the session was over, everyone was eager to hear what Polk had to say on the topic, and he obliged with a short post-session interview.

During the play, many in the chat speculated that he was doing it to decrease the variance and “lock up the win.” And, to the surprise of nay-sayers, Doug did confirm that he was incorporating new strategies that would prevent Negreanu from taking the higher variance route to try and catch up.

This doesn’t mean that Polk is ready to give back some money just to secure the win, though. Limping some buttons in heads up play can be and is legitimate, +EV strategy. It’s just much more complex to incorporate correctly as it requires more balancing and having different sets of hand ranges.

It probably comes as a bit of disappointment to those who have been following the Polk-Negreanu grudge match since the start. This approach will likely result in less fireworks. But, this challenge is all about money for Polk, and he’s never been particularly secretive about that fact.

A Lot of Money Riding on the Side Bets

When it became clear that the grudge match was going to take place, the poker world went crazy, looking to place some bets on the side.

Polk was going in as a clear favorite. The man who created the Upswing Advanced Heads-Up poker course and was considered the best HU player around for quite some time would clearly have an edge here.

On the other hand, those betting the Negreanu side were able to get some sweet odds. It seems that getting a bet in at 4 to 1 was very easy, and even better odds were available if you looked hard enough.

Confident he’d make an easy work of Daniel, Polk took up many side bets. He doesn’t want to talk about the amounts, which makes sense, but it’s pretty clear he has a fair bit of cash riding on the side.

So, for Doug, winning the match is imperative. When calculating his EV, he must take into account all the side bets as well, especially as the end is in sight.

Negreanu wants to win just as badly, although for different reasons.

It seems that Daniel doesn’t have as much money riding on the side bets, but for him, winning the match is a matter of pride. And, if he were to somehow beat Polk, it would give him huge bragging rights.

Negreanu is being very open about his desire to win. In the last night’s post-session interview, he admitted that, if he were to reach the point where folding 100 hands in a row would secure him the win (even by a single dollar), he’d lock it up. 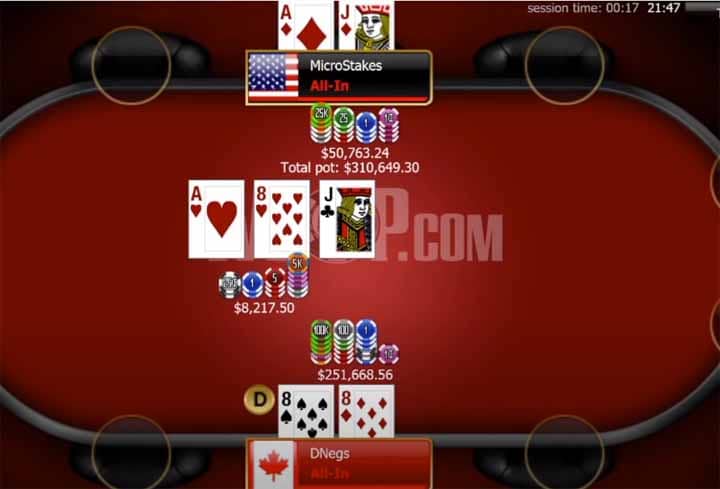 But, the current situation is such that Polk has the lead and the upper hand, and Kid Poker has a pretty big gap to close. Negreanu will look for opportunities to create big pots, even if he has to take slightly –EV lines, while Polk will likely avoid major confrontations.

Can Negreanu Turn the Tables Around?

Going into the match, there was never any doubt about who the better player in the specific format was. Even Daniel admitted that Polk would always have the upper hand, but he was confident about his ability to learn and improve.

Going into the final stretch of the challenge with the deficit of almost 15 buy-ins, Kid Poker has his work cut out for him. Especially so given Polk’s motivation to take the lower variance route and not allow things to get out of control like they did a few sessions ago.

He’s definitely going against the odds.

That said, stranger things have happened on the felt, and if Negreanu can somehow manage another big session in the near future, it will be really interesting to see what happens in the last two or three thousand hands.

If you haven’t been keeping up, there is still plenty of action to go, and you can watch the two go at it three times a week (usually), on Mondays, Wednesdays, and Fridays. 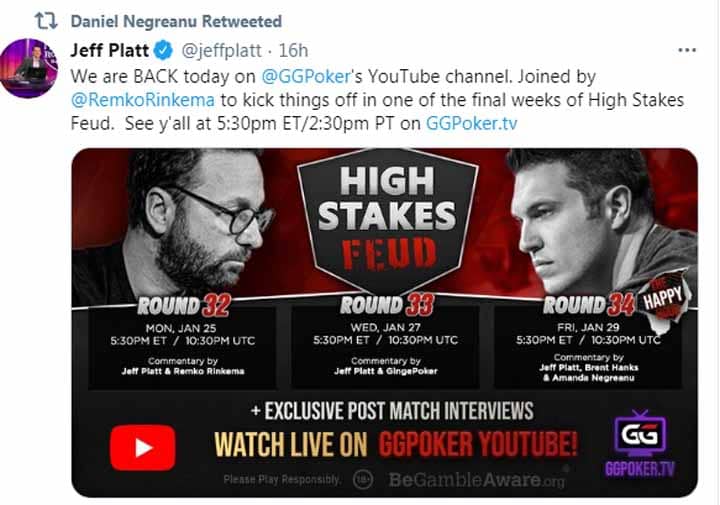 You can observe the play live (no cards up, unfortunately) on GGPoker and Doug Polk’s official YouTube and Twitch channels, but there are also a few other streamers covering it.

Both players have been doing regular post-session interviews as well, so you can hear their thoughts about big hands, expectations, and plans for the future, etc. It’s a great way to kill some time while waiting for the new episode of High Stakes Poker to go live.