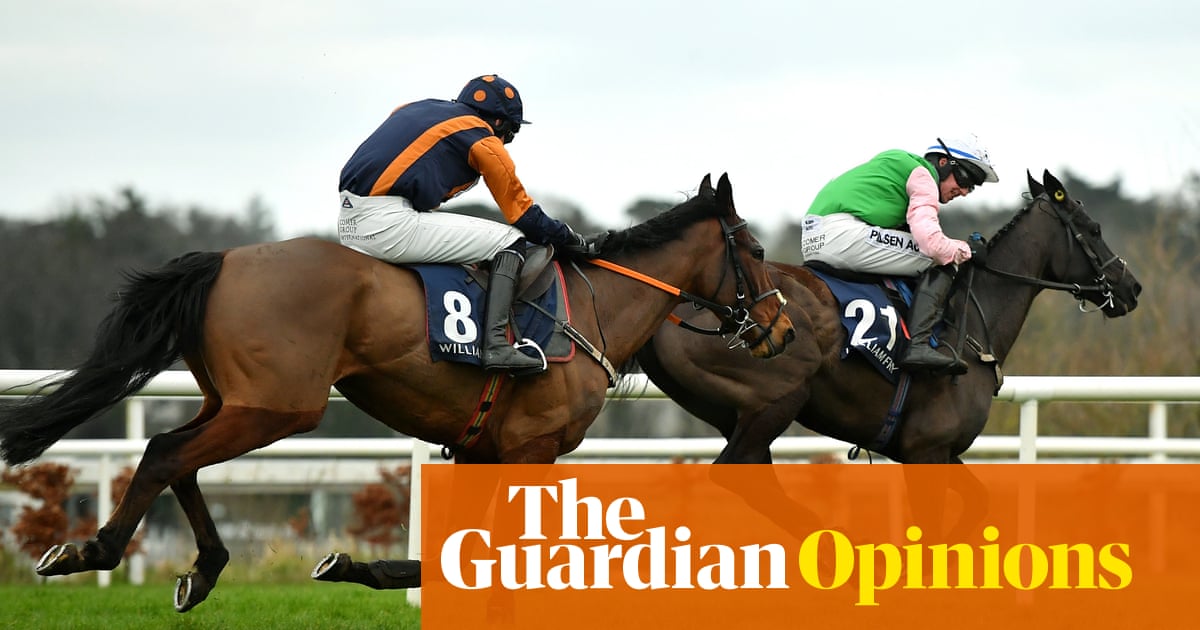 Tuesday marks the end of a Gambling Commission consultation period during which the general public are invited to have their say on the UK betting regulator’s proposal to enforce stringent “affordability assessments” on the many millions of UK citizens who like to bet online. The battle lines have been drawn and it is shaping up to be a conflict from which neither bookmakers nor their customers or the sports they gamble on emerge unscathed.

These affordability checks are by far the most controversial of several mooted gambling reforms currently under discussion, the others being comparatively sensible and centred around the flood of advertising and promotional material to which sports fans are relentlessly exposed by the industry. If enforced, the repercussions of these checks for football and horse racing, among other sports so reliant on the betting industry’s dime for sponsorship, could be financially devastating.

Aimed in theory at protecting the vulnerable and minimising the losses of problem gamblers in the grip of a potentially ruinous addiction, these checks seem genuinely well-intentioned. However, closer inspection reveals them to be astonishingly intrusive and tantamount to a breach of civil liberties. Like so many wheezes dreamed up by government quangos comprised of people who convey the impression they have little knowledge of the affairs in which they are meddling, they are the brainchild of bureaucratic control freaks more concerned with red tape and inflexible procedure than anything resembling practicality or common sense.

The proposals are part of a long overdue plan to overhaul the Gambling Act of 2005, a completely outdated piece of legislation that was drafted before the invention of smartphones and has long been unfit for purpose in the digital age. The mooted affordability checks would force online punters to submit evidence in the form of bank statements and other personal documentation to bookies in order to prove they are not betting beyond their means. Ostensibly aimed at protecting the 2.7% of the British adult population who are problem gamblers, they would also be imposed on those of us among the 97.3% who are untroubled by any sort of compulsion to fritter away our money but still enjoy a recreational flutter.

While no exact figure has been settled upon, Carolyn Harris, the Labour MP and chair of the all-party parliamentary group on gambling related harm has suggested losses could be capped at as little as £100 per month before punters are forced to divulge the kind of personal financial information to a bookie that many would not feel entirely comfortable sharing with their own husband, wife or accountant. “If someone is regularly hitting £100 on a bet or in a period of time, then they need to show they can afford it,” she said. “If they can prove they can afford it, then no issue.”

Should the Gambling Commission get its way, we would find ourselves in the worryingly sinister situation where any punter whose losses exceed £100 over the course of several weeks is forced to submit bank statements, payslips, credit reports, evidence of investment portfolios and photographs of the bedside change jars into which they empty their pockets of loose change each night to their bookie for inspection before being given permission to spend more of their own money as they see fit. Understandably, recreational gamblers feel they are being singled out for unnecessary and invasive mollycoddling in a way other hobbyists are not.

While this might come as music to the ears of puritans who think gambling is an evil and unnecessary extravagance, one can’t help but feel they might quickly change their tune if a government-appointed committee of interfering do-gooders proposed legislation limiting the tightness with which they are allowed to fasten their cilices or the coarseness of the sackcloths they wear in the discomfort of their own homes.

It is a preposterous scenario, made all the more ludicrous by the Gambling Commission’s suggestion it would not just be a gambler’s overall income that would have to be assessed by their bookie, but that portion of it which is left after essential outgoings such as housing, taxes, bills and grocery shopping have been deducted. Even then, the commission would insist on having a say in how punters can spend any remaining disposable income, proposing that “it would not be expected that anyone could spend their entire discretionary income on gambling without experiencing harms”.

The bookmaking industry has been predictably outraged by the contents of the commission’s consultation paper, all too aware that any vaguely sentient adult among the UK’s millions of recreational bettors with an ounce of sense would rather stop gambling than provide the kind of personal financial information that is nobody’s business but their own. While bookmakers’ anger is understandable, they will find sympathy hard to come by due in no small part to their fabled reluctance to impose any kind of cap on the losses of problem gamblers, some of whom have been driven to suicide after losing eye-watering fortunes they simply did not have.

For all their talk about gambling responsibly and stopping when the fun stops, bookmakers are famously reluctant to discourage problem gamblers or offer them anything resembling a duty of care. On the contrary, many actively encourage them, providing luxury VIP schemes, free bets and other “grooming” services to big-spending serial losers in a bid to keep them off the straight and narrow.

They were further hamstrung when, over the weekend, Michael Dugher, the former Labour MP and current chief executive of their industry standards body, the Betting and Gaming Council, demonstrated his commitment to championing safer gambling by mocking a recovering addict on social media. It was not the first time he had done so although he has since deleted the offending tweet and issued a mealy-mouthed non-apology apology. With such a boorish spokesman fighting their corner as they face an unprecedented parliamentary reckoning, it is little wonder the nation’s bookmakers are twitching nervously in the face of potentially catastrophic losses.