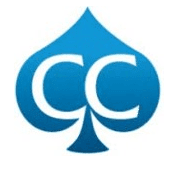 LAG style requires a certain understanding of the game that allows players who avail themselves of this style to have a feel for where they are in a hand, when to push and when to let go. Because of that, there seemed to only be so many players using that style and even fewer who were actually successful at it. But now, with unlimited re-entries available it’s quite common to see players getting in there mixing it up and throwing chips around with a much wider range of hands. For instance, it’s not uncommon at all these days to see someone jumping into a four-way all-in situation with something like 5-8 suited. The odds don’t seem to favor them. But if they win, they’ll take down a huge pot. If they lose, they can simply re-enter.