Valladolid to move 10 clear of bottom side Huesca

Every point counts for Huesca at this stage, so they can’t be too upset with a goalless draw against Villarreal last time out, but Pacheta’s team will need to start picking up wins soon if they want to survive. A trip to Valladolid is a real six-pointer, but the hosts have picked up points at home after a slow start and Infogol’s model expects them to get the better of an opposition still winless on the road.

Sevilla to keep up tidy away form

Only three teams have more away points in La Liga than Sevilla’s 17, and Julen Lopetegui’s team can be confident of a fifth straight win in all competitions since losing to leaders Atlético Madrid on January 12. An average of 1.46 xGF away from Ramón Sánchez Pizjuán would have been daunting for an Eibar side with the league’s worst home record even before the visitors added Papu Gómez to their ranks from Atalanta.

A four-goal haul at Alavés last time out calmed some of the nerves at Real Madrid, and Zinedine Zidane should be confident of another win against a team his side beat 2-0 away from home back in October. Infogol’s model gives the reigning champions a 67% chance of victory, with Levante’s return of seven points and 1.56 xGA on average on the road unlikely to signal a shock result.

Valencia to recover from cup exit

Despite being swatted aside by Sevilla in the Copa del Rey in midweek, Valencia will fancy their chances against an Elche side averaging 0.6 xGF per game on their travels. Two first-half goals saw Javi Gracia’s team beaten 2-1 at Martínez Valero earlier this season, but Infogol sees this one going the way of the home side at the Mestalla.

La Real to lose ground on the top four race

Real Sociedad will be ruing missed opportunities in their last home game, where they dominated on the xG front but only managed a draw with Real Betis. They’ll need to really be on their game to take anything from a Villarreal side averaging just 0.77 xGA at home, where they are unbeaten, and Infogol backs Unai Emery’s men to improve on their November draw at Anoeta. 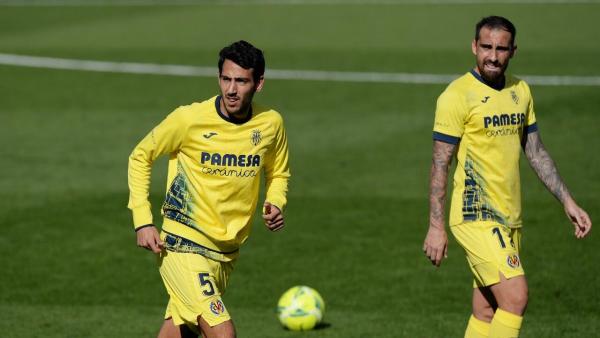 Monday’s 5-1 loss at San Mamés was Getafe’s biggest defeat since they came up to La Liga in 2017, but Pepe Bordalás’ side has a chance to bounce back at home to an Alavés side coming off three straight league losses. The reverse fixture ended goalless, but Getafe are considered most likely, based on Infogol’s model, to come out on top in another game without a great deal of goalmouth action.

Atléti to stay in charge at the top

Cádiz have already beaten Real Madrid and Barcelona this term, but a 4-0 loss at the Wanda Metropolitano in November suggests they’ll have a tougher time completing the set against Atléti. Diego Simeone’s visitors are averaging just 0.99 xGA on their travels, and Infogol is backing them to earn an eighth straight league win as they make the trip to Ramón de Carranza.

Celta boss Eduardo Coudet earned his first La Liga win at home to Granada before Christmas, but Diego Martínez’s men will be out for revenge at Nuevo Los Cármenes. Despite sitting seventh, the hosts’ 1.76 xGA per game is the second-worst return in the entire league, so Infogol gives an even chance of both teams finding the net in a game which could see the gap between the sides rise to seven points.

Barcelona to get revenge for Supercopa loss

Barça might have fallen to a 3-2 Supercopa de España defeat against Athletic, but things have been better in the league where Ronald Koeman’s side are looking for a fifth straight win. One of those wins came at San Mamés, where Marcelino’s side became the only team to beat Marc-André ten Stegen in the league in 2021, but the hosts can outscore their opponents at Camp Nou.

Betis to continue climbing under Pellegrini

Betis are unbeaten in seven games in all competitions since the turn of the year, making it to the quarter-finals of the Copa del Rey in the process, and Infogol gives them the edge against an Osasuna side who they beat at El Sadar last month. The visitors have won just once away from home this season, though a positive expected goal difference hints at some poor fortune, and Manuel Pellegrini can earn a fifth home league win in his 10th La Liga game at Benito Villamarín.