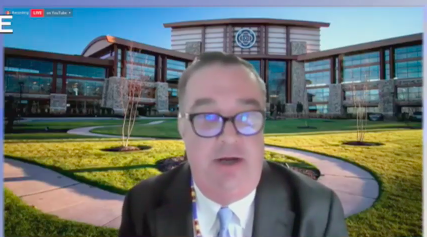 Chuck Bunnell, the chief of staff for the Mohicans, talks to lawmakers by Zoom.

For a full five seconds, Gov. Ned Lamont was the picture of unshakable confidence Tuesday when asked about the prospect of finally cutting a deal with the tribal owners of Connecticut’s two casinos over the rights to sports betting.

“The tribes have been great partners for the state of Connecticut going back 25-plus years. I have no doubt we’re going to get this deal done,” Lamont said. A split-second pause was followed by a less confident qualifier, “Knock on wood.”

In two years as governor, the instinctively optimistic Lamont has learned there is no sure thing when it comes to gambling expansion in Connecticut, a state that benefits and is constrained by the complexities of two Indian gambling deals struck in the early 1990s.

Lowell P. Weicker Jr., who is Lamont’s friend and one of his predecessors, gave the Mashantucket Pequots and Mohegans exclusive rights to casino games in return for 25% of slots revenue — producing more than $8 billion to the state over the decades.

The state and the tribes never have come to terms over whether sports betting is a casino game, but they are getting close. Everyone says so — knock on wood.

The question became relevant in May 2018, when the U.S. Supreme Court struck down federal restrictions on sports betting.

“The administration and the tribal nations have been having productive conversations as it deals with the future of gaming for the state of Connecticut,” said Paul Mounds, the governor’s chief of staff. “Each of our negotiating teams have been in constant contact with each other. And we’ll be meeting again this week.”

“We’re hopeful,” said Chuck Bunnell, the chief of staff to the Mohegans. “We’re not there.”

“We’re at the one yard line, and we just have to punch it in,” said Rodney Butler, the chairman of the Mashantucket Pequots.

Lamont mentioned the state of negotiations at the end of a Tuesday press conference on an unrelated topic, the expansion of internet coverage. Mounds spoke to CT Mirror in an interview. Tribal officials spoke at an informational legislative hearing on gambling.

A deadline is coming. With or without a deal, Lamont intends to outline his view of what’s fair in legislation attached to the budget package he will present to the General Assembly on Feb. 10. 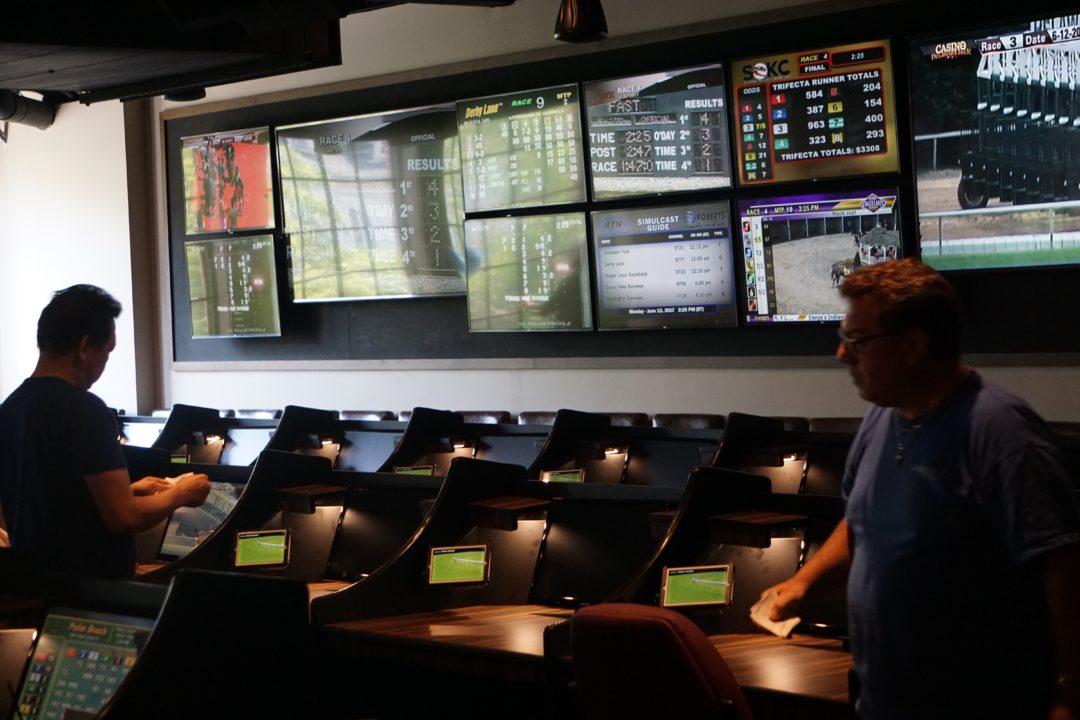 The owner of this OTB in Stamford would love to add sports betting.

Lamont wants to get into sports betting. So do the tribes, the Connecticut Lottery and Sportech, the licensed operator of off-tracking betting at two high-end sports bars and nine other venues. The governor also is open to other forms of online gambling.

The tribes have compromised once before on the exclusivity issue, agreeing to allow the Connecticut Lottery to offer Keno in return for a share of the proceeds. But they have dug in over rights to sports betting, whether online or at a bricks-and-mortar venue.

The informational hearing before the legislature’s Public Safety and Security Committee, which has jurisdiction over gambling issues, featured presentations from the Mohegans, the Mashantucket Pequots, the Lottery, Sportech and the Connecticut Council on Problem Gambling.

“This is sort of a reprise of hearing we’ve done before. It’s to educate the rest of the committee on the current state of gaming and the players in it,” said Rep. Maria Horn, D-Salisbury, the committee co-chair. “We’re not debating a particular policy.”

Conducted by Zoom, the session was more than informational. It was an opportunity for some lobbying of lawmakers, if not some indirect negotiating with the administration over whether the tribal owners of Foxwoods Resort Casino and the Mohegan Sun should have control over sports betting throughout Connecticut.

The Lottery and Sportech want to share. The tribes do not.

The tribes emphasize the generosity of the revenue-sharing deal with the state. They pay Connecticut 25% of “the hold” on slots, the money that does not flow back to the bettors.

“There are only three states across the country — three — that even come close to this amount in revenue share amongst tribal facilities,” Butler said. “In most cases, a state share is in the low single digits, or there is no share at all. It is the single largest expense of our business. In fact, most would be surprised to find that the largest financial beneficiary of Foxwoods is the state itself. The state annually receives more from Foxwoods than our lenders.”

That overlooks the bargaining position enjoyed by Connecticut in the early 1990s and the value of the Northeast market to the tribes. Under federal law, the tribes could negotiate terms to offer gambling otherwise legal in Connecticut. That meant only table games, which state law allowed charities to run, but not the far more profitable form of gambling: slots machines. 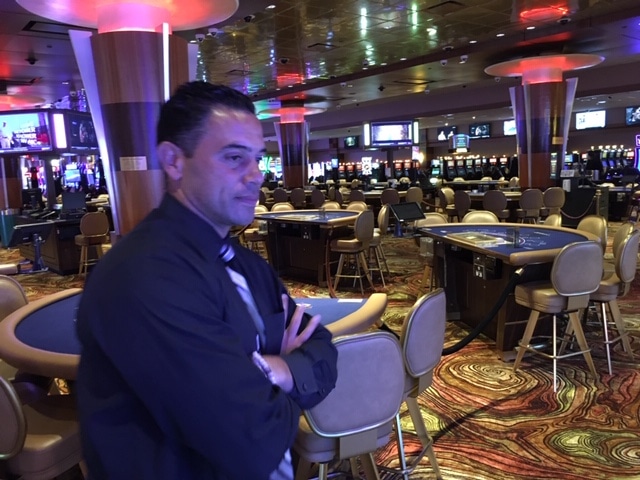 Rodney Butler assessing an empty casino at Foxwoods in March, when the pandemic forced its closure for the first time since its opening.

The 25% share seems high today, but it was a license to print money when Weicker and the tribes cut the deal to allow slots. At the time, Foxwoods and, later, Mohegan Sun were the only casinos between New York and Boston. With the cash from the slots, they could borrow the money to expand, making Foxwoods and Mohegan Sun two of the largest casino resorts in the world.

With more recent competition in New York, Massachusetts and Rhode Island, the annual revenue to the state has fallen from a high of $430 million before the 2008 recession to $255 million in 2019. It tanked last year with the arrival of the COVID-19 pandemic.

The Mashantucket Pequots, which defaulted and then restructured its debt, are under great financial pressure. Butler spoke from Puerto Rico, where the tribe announced a deal Tuesday to remodel and reopen a casino closed years ago in a beachfront hotel in San Juan.

The Mohegans are carrying about as much debt, but they are financially stronger. They diversified to other markets before the Great Recession of 2008, and they share in sports betting rights in New Jersey, Pennsylvania and Nevada.

Sports betting is something that can generate foot traffic at casinos, but it generates far more revenue online. The tribes are vehemently opposed to Connecticut legalizing sports betting and then opening the business to other players.

“We’re willing to talk and be reasonable and negotiate,” Bunnell told lawmakers. “That’s what partners do as they evolve and look at new things. But let’s do no harm by bringing someone else into Connecticut that isn’t currently here and not part of this arrangement that has been so beneficial to all of us.”

The Lottery and Sportech, of course, already are here. The Lottery is the biggest producer of gambling revenue for Connecticut. Its chief executive, Gregory Smith, said it is on pace to generate $400 million for the state this year.

“We are your company, and we continue to deliver well,” Smith told the lawmakers.

Off-tracking betting payments to the state peaked in 1982 at $20 million. They were $3 million in 2019, the last year before the pandemic.

Ted Taylor, the chief executive officer of Sportech in Connecticut, said the business can grow with sports betting, both at its venues and online. But it needs a share of the online business.

That, he said, is the future.