Monaco are looking to continue their surprise title challenge as they host Brest this weekend.

The Principality outfit produced a tactical masterclass to win 2-0 at PSG last weekend and extended their unbeaten run to 12 games (W10-D2-L0) in all competitions in the process.

Monaco are just six points behind leaders Lille and playing the best of football of any side in the division right now.

Morale among Niko Kovac’s players is excellent and several of the starting line-up are in tremendous form.

Rather than backing Monaco to win at 1.51/2. however, supporting a high-scoring encounter is the way to play this fixture.

Monaco and Brest are two of the division’s most naturally attack-minded sides and the scoring stats make this plain.

Given how many matches involving these two sides feature at least three goals, the chances of you at least getting your stakes back appear good.

And for even longer odds, consider Over 3.5 Goals. Forty-four per cent of all games and 46% of relevant home and away fixtures involving these two sides have had Over 3.5 Goals.

Not so long ago these two sides appeared well-matched but Lens have emerged as the stronger of the two and are worth supporting this weekend.

Franck Haise’s visitors have excelled this season, emerging from promotion from Ligue 2 last year to challenge for a European places this spring.

Set-up in a 3-4-1-2 formation, they’ve been entertaining to watch, rarely outplayed and drafted players in and out of the starting line-up without affecting the performance level.

Five points and five places ahead of Angers heading into this game, Lens are W2-D3-L0 from their last five league matches and unbeaten in six (W3-D3-L0) in all competitions.

Angers are W1-D2-L2 from their last five matches. Their sole win in their last eight league outings (W1-D2-L5) came against relegation-threatened Nimes (17th).

Lens’ away form is the fifth best in the division (W5-D3-L4). Significantly, three of their four away defeats came against sides currently in the top six (Lille, Lyon, Metz).

Lens to win at 2.89/5 or Lens on the Draw No Bet market (or Asian Handicap market with a 0 start) at 1.910/11 are the bets to consider. For a full guide to Asian Handicap betting, click here. 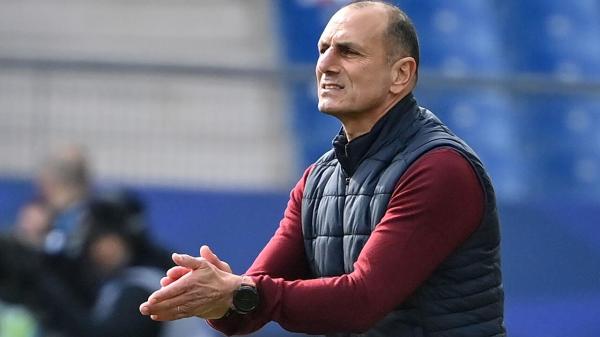 Montpellier to make it four wins in row

In-form Montpellier are a good bet to collect at least a point when they travel to Reims this weekend.

Manager Michel Der Zakarian (pictured above) and his players have won their last three matches, and will be confident they can do well again this weekend.

They deservedly won 2-1 at home to Rennes last weekend and caused one of the division’s biggest recent upsets by triumphing 2-1 over title challengers Lyon on their last away trip a fortnight ago.

Their away form is generally excellent: Montpellier have lost just two of their last 12 away games in all competitions (W6-D4-L2).

Reims are four places and eight points behind Montpellier having played the same number (26) of games.

The hosts are without a win in five matches (W0-D3-L2) in all competitions since the start of February.

Reims’ home record is an average W4-D4-L4. The four sides they’ve beaten – Brest, St Etienne, Nantes and Strasbourg – are all currently below Montpellier in the standings, and all currently in the bottom half of the table (average position 14.75).

Montpellier are worth considering at 2.89/5. Alternatively, back Montpellier on the Draw No Bet market (or Asian Handicap market with a 0 start). This way you have the safety net of getting your stakes back if the game ends in a draw.