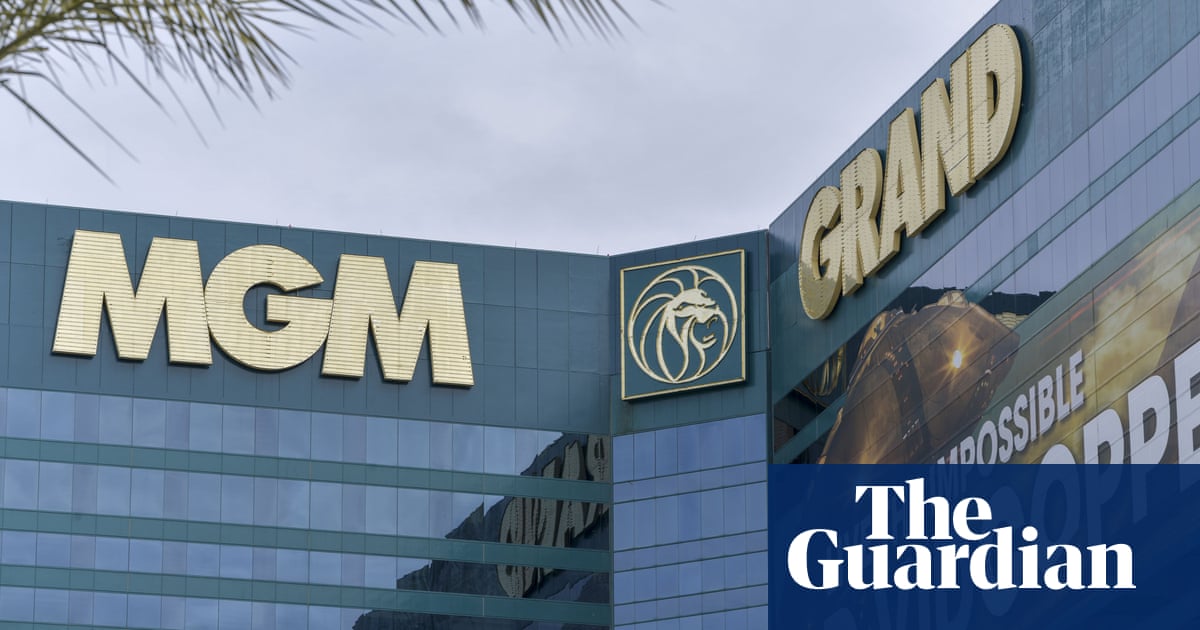 The Las Vegas casino operator MGM Resorts will not pursue a takeover of the UK gambling company Entain, which owns brands such as Ladbrokes and Coral, after having an initial £8.1bn offer knocked back earlier this month.

MGM had until 1 February to make a firm bid under UK takeover rules, after it emerged that the casino business had made a proposal to buy Entain, with which it already operates a US joint-venture called BetMGM.

The US company said it had decided not to step up its interest “after careful consideration and having reflected on the limited recent engagement between the respective companies”.

City rules on takeovers mean MGM must now wait six months before it can return with a new offer.

Entain had dismissed the proposed £8.1bn takeover from its US partner, saying the bid “significantly undervalues” a business that some financial analysts have said is worth closer to £10bn.

Shares in Entain were trading at a level that implied MGM would increase its £8bn offer but the end of deal talks wiped 15% off the Entain share price on Tuesday afternoon, taking its stock market value down to £7bn.

“BetMGM, our US sports betting and online gaming venture with Entain, remains a key priority for the company as we continue to leverage our pre-eminent physical gaming, entertainment, and hospitality platform to expand digitally,” said Bill Hornbuckle, the chief executive of MGM Resorts International.

“We believe that BetMGM has established itself as a top-three leader in its markets and we remain committed to working with Entain to ensure its strong momentum continues as it expects to be operational in 20 states by the end of 2021.”

Entain said it “has a clear growth and sustainability strategy, backed by leading technology, that it is confident will deliver significant value for stakeholders”.

Investors have offered staunch support to Entain’s bid defence, believing that its international business, coupled with the exposure to the rapidly growing US market via BetMGM, will deliver continued growth.

Sources familiar with Entain’s discussions with investors said it would have taken a “knockout” bid to get the takeover done.

The casino firm is understood to be wary of going all-in with a huge offer now, given the uncertainty over Entain’s leadership, after its chief executive, Shay Segev announced his departure in the middle of the bid.

Instead, it could wait until a six-month cooling-off period mandated by City rules elapses, before considering another tilt at converting its BetMGM joint-venture with Entain into a full ownership interest.

MGM is mainly interested in using Entain’s technology and sportsbook expertise to take advantage of the rapid state-by-state rollout of sports betting in the US, triggered by the supreme court’s 2018 decision to overturn a decades-old ban.

But MGM would also be acquiring Entain’s international operations. An upcoming UK government gambling review could have a negative impact on Entain’s sizeable British division, adding another layer of uncertainty that undermines the rationale of a blockbuster offer.

Appetite has also been tempered by concern that a full-blown takeover tussle might strain relations in the BetMGM joint-venture. That ruled out the option of a “hostile” bid, where the potential buyer bypasses directors of the target company and goes straight to its shareholders.

One winner to emerge from the abortive takeover is the US investment manager Capital Group, which sold £35m-worth of shares after the emergence of MGM’s interest drove up the price. It could now buy them back for £30m and book a £5m profit.

MGM swooped for Entain earlier this month, after its US rival Caesars Entertainment bought William Hill for £2.9bn, underscoring the appetite for UK betting companies’ technology and experience in the newly regulated US gambling market.