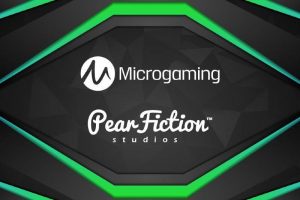 Microgaming announced an exclusive partnership with PearFiction Studios. As part of the deal, Microgaming’s platform will be supplied with the highly creative content provided by Montreal-based games designer.

The launch of mobster adventure, Chicago Gold will initiate the partnership on February 4. The product is a highly volatile, 40-payline slots, which includes free spins and respins. It will be PearFiction’s first major global game to be featured on the Microgaming network.

The new PearFiction game will introduce new bonus features like Cash Collection and the Big Boss Jackpot Reveal. It will be the first, but surely not the last, product onto the Microgaming network since it will soon be followed by the wild prehistoric adventure Blazing Mammoth.

A special webinar will go live on January 28 as part of Microgaming’s plan to let its customers know more about its new partner.

PearFiction Studios’ CEO Thierry Semoff made a statement to express his excitement for having the opportunity to partner with such a giant in the gaming world, that is Microgaming. He said that the deal is going to be transformational for his studio.

He added: “When an industry pioneer like Microgaming wants you on board, it’s a real recognition that the games you’re creating are good and that all your hard work is paying off.”

In the meantime, Andrew Booth, Microgaming Director of Games said: “PearFiction Studios are proven innovators who marry great artwork and technical insight, game performance and a huge sense of fun.”

This is not the first partnership between the companies since PearFiction Studios previously worked with Microgaming on creating the punk rock band themed game, The Smashing Biscuits.

The title was such a success, that it prepared the ground for the future longer-term relationship. Microgaming saw the potential and the talent of its new partner and decided to take the collaboration to a firmer ground.

PearFiction Studios is a Canadian casino games studio that came to life in 2014 in Montreal. It specializes in creating innovative casino games that combine unique mathematics, as well as a blend of story, humor, exciting art and a commitment to a responsible gambling experience.

This time last year, the company joined the gaming accelerator RNG Foundry that created an exclusive content for Microgaming’s online platform. It is no surprise that RNG chose PearFiction Studio since the company is known for attracting talents in the gaming industry.

The year so far has been very productive for Microgaming, since the partnership with PearFiction is not the first exciting news for the company in the month of January. In the first days of 2021, it unveiled its first releases of the year.