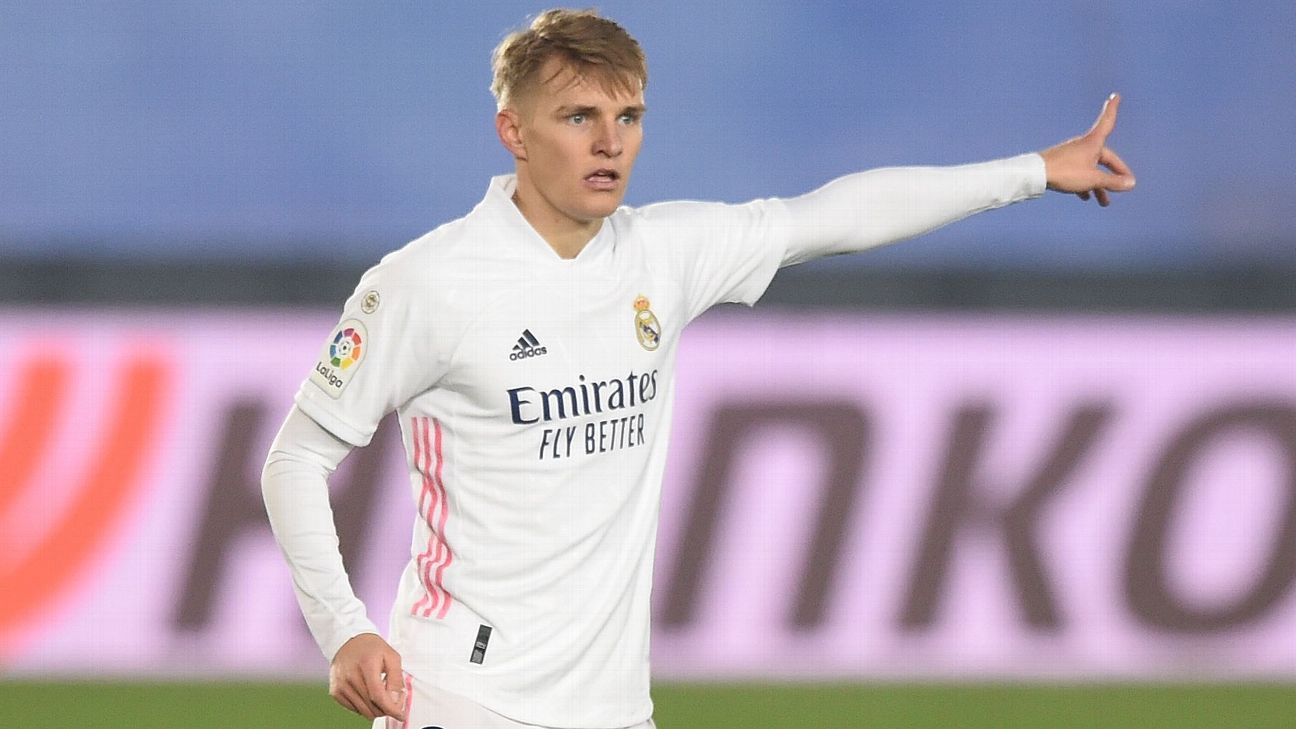 Arsenal have completed a loan deal for Real Madrid midfielder Martin Odegaard, it was announced on Wednesday.

The Premier League side faced competition from La Liga duo Real Sociedad and Sevilla but secured the signing of the 22-year-old which does not include an option to sign the player permanently at the end of the season.

“I spoke to [Mikel Arteta] before coming here, of course. That was very important for me and he seems like a top manager and I liked his ideas, the way he sees football and also the way he is.”

Odegaard originally joined Real Sociedad on a two-year loan last season but impressed so much that Madrid decided to cut the loan short to give him a chance at the Bernabeu. However, the attacking midfielder has started just five matches and wanted a move to guarantee more first-team football.

Sources told ESPN that Odegaard missed training on Friday and was given the go-ahead to finalise his move.

Arsenal boss Mikel Arteta has faced criticism over his team’s lack of creativity at times this season and the hope is Odegaard will provide a new injection of flair. The club have identified an attacking midfielder as key target this season.

They failed in a bid for Lyon midfielder Houssem Aouar last summer. Lyon are reluctant to sell in this window and with Aouar waiting to see if Real or Barcelona formalise their interest, the Gunners have decided to find a short-term solution and reassess the situation at the end of the season.

Arteta said: “Martin is of course a player that we all know very well and although still young, he has been playing at the top level for a while. Martin will provide us with quality offensive options and we’re all excited to be integrating him into our plans between now and May.”

Odegaard became one of the most sought-after young talents in 2014 when he made his debut for the Norway national team at the age of just 15 years old, but Real Madrid beat a host of Europe’s top clubs to sign him from Stromgodset the following year.