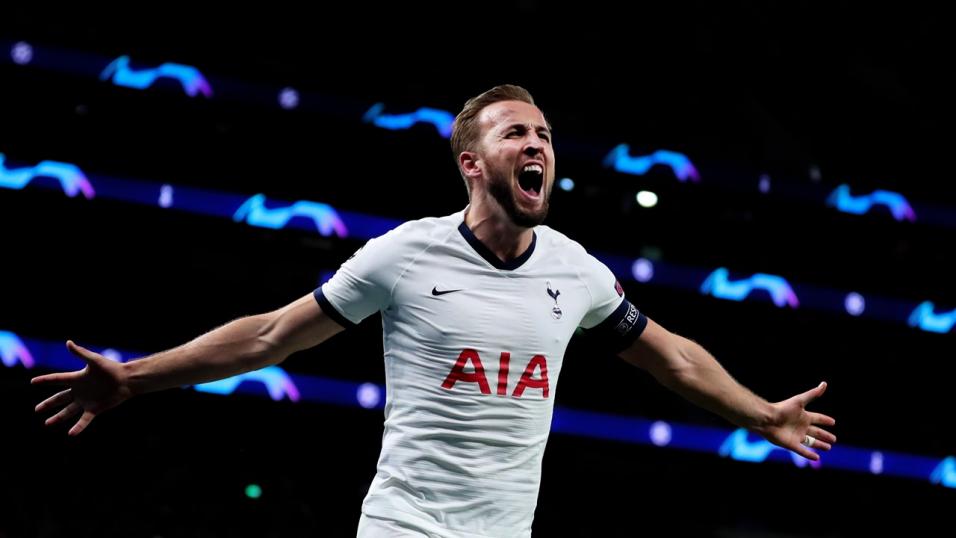 Mourinho’s men fighting on all fronts

Tottenham’s dramatic FA Cup win at Wycombe on Monday means they are still in the mix for four trophies this season, and their incredibly deep squad has been put to good use by manager Jose Mourinho. When Gareth Bale is someone you mainly use in cup games, and Dele Alli is someone you might not utilise at all, you know you’re in a good position. Spurs have already reached the League Cup final, they have a kind draw in the last 32 of the Europa League and they are only eight points off top spot in the league with a game in hand.

There have been some big success stories that fly in the face of the narrative that Mourinho is a restrictive pragmatist that stamps on any sign of individual flair. The partnership between Harry Kane and Heung-Min Son has been a triumph, Tanguy Ndombele has transformed from a potential bust to a match-winning force of nature, and midfield bouncer Pierre-Emile Hojbjerg’s protection has contributed to one of the best defensive records in the Premier League.

Tottenham aren’t just flat-track bullies either. They have beaten Manchester United, Arsenal and Manchester City at home, and dug in for draws at Chelsea and Wolves. At Anfield, they squandered some great chances before losing 2-1 to a last-gasp Roberto Firmino winner.

Monday’s uncomfortable game at Wycombe (Spurs came from behind and only secured the win late on) hasn’t done any lasting damage, although defender Ben Davies is a slight doubt having picked up a knock.

Liverpool flailing, but all is not lost

It may seem as though the wheels are coming off the Kloppmobile, and that Liverpool are sliding towards the end of an era, but their current travails needn’t be seen as a grand decline. In a three-season period the Reds reached two Champions League finals, became world, European and English champions, and twice posted points Premier League points totals of 96 or more. Burnley’s recent 1-0 win at Anfield brought to an end a run of 68 Premier League home matches without defeat. These are extraordinary achievements, a dizzying level of performance that it devilishly difficult to maintain. Comparisons are being made with the eventual decline of Jürgen Klopp’s Dortmund, where the message simply stopped getting through, but I don’t believe that to be the case at Anfield.

The loss of defensive behemoth Virgil van Dijk to a long-term injury, compounded by the loss of his centre-back partner Joe Gomez, has been of critical importance. Summer signing Thiago missed a big chunk of his maiden campaign in England with a knee injury, and there have been significant fitness issues for the likes of Diogo Jota, Naby Keita and Joe Matip. Indeed, Matip’s injury record means he has to be treated like a precious antique, so Premier League rookies like Nat Phillips and Rhys Williams have been deployed more often than Klopp would have liked.

Despite these mitigating circumstances, there’s no glossing over Liverpool’s current predicament. The Reds were much-improved in attack in their 3-2 defeat at Manchester United in the FA Cup, but the loss still means they have only won one of their last seven games, and that was effectively against Aston Villa’s youth side after an outbreak of COVID-19. On the road, the situation is worse. Liverpool have won just two PL away games, a 2-1 success at Chelsea and a 7-0 hammering of Crystal Palace. That wonderful display at Selhurst Park is the only time they have score multiple goals in a top-flight road match since the start of November.

Captain Jordan Henderson is back in training after injury, while Matip and Sadio Mane are expected to return to the starting XI.

Our friends at Opta tell us that Liverpool have won their last five games against Spurs, but several of those games have been really close, and Tottenham are in really good shape physically and mentally. Liverpool’s price of 2.265/4 looks too short given their injuries and loss of rhythm, and although they have the quality to win any one-off game, the current trends make them difficult to back with any confidence.

Tottenham can be backed to avoid defeat on the Double Chance market at 1.784/5, and you can use the Sportsbook’s Same Game Multi (see offer below) to get that price above evens by throwing in Under 3.5 Goals at combined odds of 2.26/5. Only one of Spurs’ PL home games have featured four goals or more, and Mourinho still tends to apply the handbrake against elite sides. Seven of Liverpool’s last eight top-flight games have seen an Under 2.5 Goals bet land, let alone an Under 3.5 Goals wager.

If the To Score market is an area of interest, it’s worth noting that the big names in attack are odds-against. Mo Salah scored a brace at Old Trafford at the weekend, and is 2.3611/8 to find the net. Roberto Firmino has a superb record against Spurs (he has scored in four of his last five games against them) and is 3.814/5.

On the Spurs side of things, the in-form Ndombele is a hefty 9.417/2, while Harry Kane has scored in four of his last seven appearances, and is 2.526/4 to find the net.