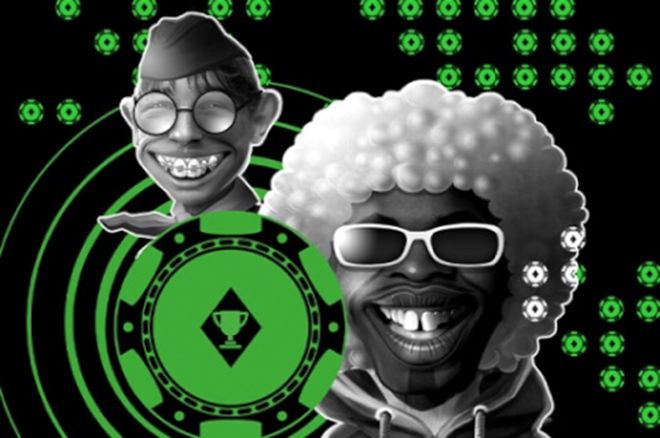 The latest installment of the Unibet Online Series hits Unibet Poker from February 26 and sees a bustling schedule of 145 events waiting for the multi0table tournament grinders among you.

Unibet has split the 145 events into Nano, Low, Mid, and High buy-in levels with all tournaments buy-in levels featuring their own leaderboards.

The opening day of the series sees six events take place. These have combined guarantees of €43,100 despite the highest buy-in being €50. The final day, March 21, is massive and will be one of the biggest days ever for Unibet Poker’s tournaments. Eight events kick off with €321,850 worth of guarantees on the table!

It is a difficult task to choose the Unibet Online Series XI’s standout events because there are so many to select from. That said, there are some events that will capture the imagination of the Unibet Poker community. Check out these juicy tournaments.

Learn How to Stop Making Simple Mistakes in PKOs

There are a total of five leaderboards, with combined pries of €32,000, for you to compete in throughout the series. Points for the Nano, Low, Mid, and High events are earned using the formula shown below.

The Nano leaderboard is a little different from the rest in that there is a €1,500 prize pool that everyone shares. You need to have played at least 25 of the 35 nano events to qualify for a slice of the pie.

Leaderboards are not available to players located in Belgium, Denmark, Germany, or Sweden

Learn about the Unibet MTT Player of the Year promotion

Why not join the action at Unibet today?

Nobody likes being the unfortunate soul who burst the money bubble but you may change your mind when you learn about the special Bubble Burster tournament.

Bust out from any Low, Mid, or High Unibet Online Series event and you’ll gain access to the Bubble Burster Tournament, which is held at 7:00 p.m. CET on March 24. It has a €3,225 prize pool, which is shared among the 145 finishers with the top three finishers walking away with €200 for their troubles.

Pay attention to the Unibet Poker tournament lobby throughout Unibet Online Series XI because freeroll tournaments take place at random times and will award at least €2,000.

There are three quizzes for you to enjoy, too. These take place on Twitch on March 16 and award five prizes of €25 and €50 MTT tickets, plus a €100 Mini Unibet Open ticket for the winners.

Now is the time to join Unibet Poker if you don’t already have an account. Anyone creating their accounts via PokerNews’ links can enjoy a superb welcome bonus.

Download Unibet Poker via PokerNews, create your free account, and make a deposit of at least €10. Doing so unlocks a €200 playthrough bonus that releases into your available balance when you hit specific rake milestones, ensuring you have a steady stream of bonus hitting your account.

The bonus expires 60-days after you create your account so get your grind on and see how much cash you can earn.

In addition to the welcome bonus, new players are invited to four weekly €500 freeroll tournaments, which run on Sundays, receive an €8 cash game ticket when you make a deposit and four €4 Unibet Open tickets. There literally hasn’t been a better time to become a Unibet Poker player, so click the download link and start reaping the rewards straight away.

The €8 cash game ticket has a 500 flops seen playthrough requirement, after which, you can withdraw it or use it as you please.