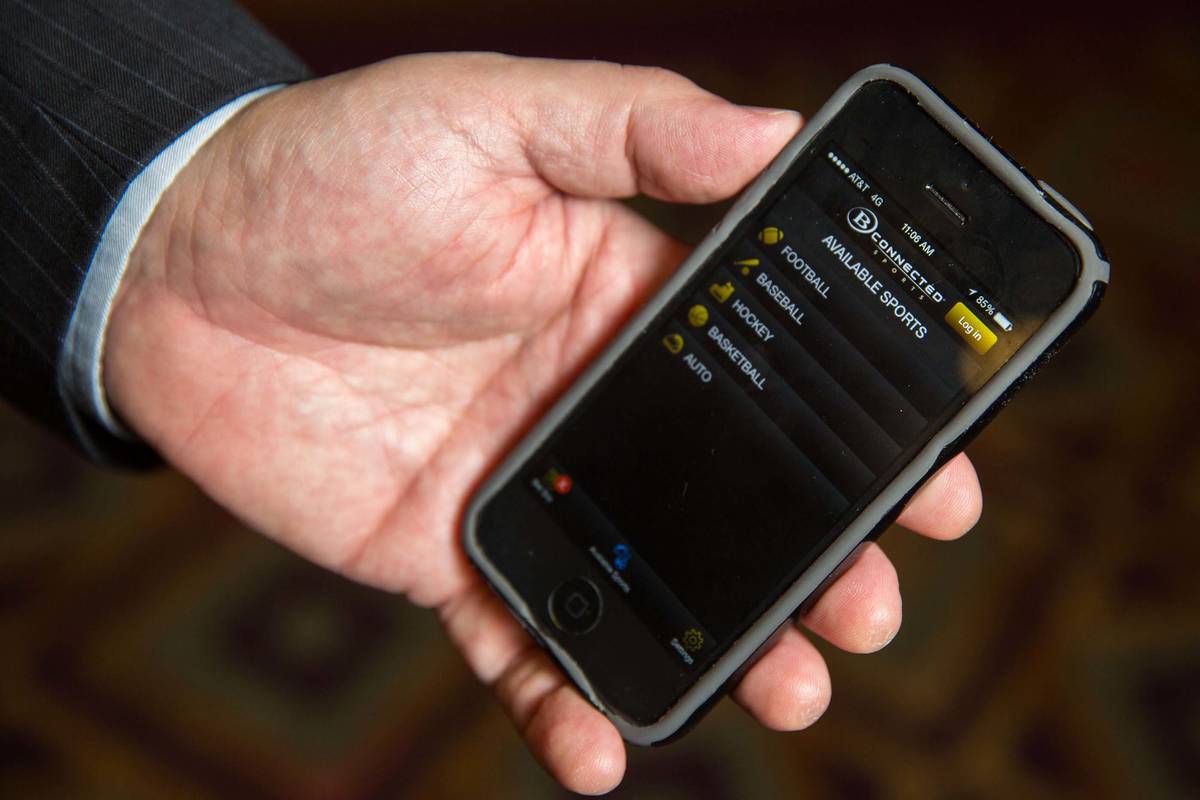 Michigan, which took its first bets Friday, is believed to have the potential of being the nation’s sixth-largest market when it reaches full capacity. And, it has two Las Vegas-based companies taking bets in the state.

BetMGM partnered with MGM Grand Detroit earlier in 2020 after sports betting became legal at the end of 2019. The MGM Sports Lounge is in the heart of Detroit, a half-mile away from Comerica Park, home of Major League Baseball’s Detroit Tigers, and Ford Field, home of the Detroit Lions of the National Football League.

Another player in Michigan with local ties to Las Vegas is WynnBET, the sports wagering division of Wynn Resorts Ltd.

Wynn is affiliated in a multiyear mobile sports-wagering deal with the Sault Ste. Marie Tribe of Chippewa Indians.

While it is located in Michigan’s Upper Peninsula on the Canadian border, players will be able to sign up for the WynnBET app at any Michigan location.

Other major competitors in Michigan are Daily Fantasy Sports provider DraftKings and FanDuel.

DraftKings’ land-based partner for Michigan is Bay Mills Resort & Casino. The Northern Michigan casino does not have an actual physical DraftKings Sportsbook, but it was enabled to register.

DraftKings also entered into a multiyear deal with the Detroit Pistons in November that will allow the company access to advertising on Detroit Piston games as well as access to trademarked material provided by the team.

FanDuel and DraftKings are also key players in Virginia where the FanDuel Group and the Washington Football Team announced a first-ever market access partnership between the NFL team and an online sports gaming platform in the U.S.

FanDuel was the first sportsbook to go online in Virginia on Thursday.

Two gaming industry analysts aren’t expecting the Virginia and Michigan rollouts will have much impact on Nevada’s sports wagering market.

“Virginia represents an attractive market with 8.5 million people, a well-educated population, and fan interest in sports teams in surrounding D.C. and Maryland,” said Nehme Abouzeid, president and founder of LaunchVegas LLC, a professional services firm. “You can expect it to be competitive with 12 potential operators, full mobile betting, and a strong media market,” said Abouzeid, who attended George Washington University and is familiar with the Virginia market.

“It is yet another shoe to drop in the legalization of sports betting across the USA and another small blow to Nevada’s former stranglehold on the business.”

Abouzeid said while many Nevada companies are well-positioned to benefit from the nationwide expansion of legalized sports betting, it does put more pressure on Nevada’s sports betting revenues, especially with COVID-19 dampening visitation.

“We need live sporting events back to drive visitation so people can bet while they are here. Conversely though, it also creates more bettors overall. In the future, those consumers will likely seek out Las Vegas’ expanded casino and sports betting offerings the savvier they get. And it will force Nevada’s industry to keep pace in important areas like mobile sign-ups and digital payments.”

“With Michigan and Virginia, two more jurisdictions are operational that understand that importance of mobile sports wagering. In states that offer a solid mobile product, about 80 percent of the revenue comes from mobile. I would expect to see similar results in these two new jurisdictions. With the (Nevada) Legislature in session this year, the mobile registration component is one that Nevada should consider and actively implement.”

Bussmann said Michigan has had land-based sports betting for almost a year but now has gone all in with full iGaming and mobile sports betting. Operators in Nevada have been hesitant to allow full online gaming but if done correctly, it can complement a brick-and-mortar facility well and supplement their land-based revenue,” he said.

“Neither market will have an impact on Nevada directly other than through those Nevada operators that have a presence but enhancing their bottom line with the expansion of sports betting in both states and online gaming in Michigan,” he said.

“While not completely perfect, Michigan offers other states a mobile that have both commercial and tribal interests to expand sports betting and online gaming. The drafters of the legislation should be commended for bringing all parties to the table to get the best bill possible,” Bussmann said.

“Virginia will have a lot of movements in the future as the initial regs for casino gaming come out in about a week. They have gone from zero to sixty in a quick fashion.”